History of the Retreat Center

Learn about the history of our land

History of the Center

Over one hundred years ago Arnolds and Emma Klavs built a cottage home at the edge of a forest in the southern farmlands of Latvia.  Situated off a dirt road, the cottage on a 5.5 hectare farm stood sentinel to the events of the 20th Century which washed over Latvia.

Largely untouched during World War I, the cottage was literally caught in the crossfire of Soviet and German soldiers during several bloody battles of World War II.  One such battle alone resulted in the mass grave of over 500 Soviet soldiers less than 2 kilometers away. At these times, the cottage served as a field hospital for soldiers of both armies and also as a refuge for Jews later during time of Nazi persecution. Testament to its service and protection of the injured and dying, it was riddled with bullet holes and is the sacred burial site of two young German soldiers executed by their Soviet enemies. Despite all this violence and blood, the cottage remained intact, protected by God’s Providence.  When Germans and Soviets were not fighting, the cottage served as a sanctuary and hideout for Jews fleeing the Nazis.

Decades later, teacher Alfreds Apsukrapss, my father, rented a room from Emma and there he started a family with my mother Irena.  I was born in the cottage on August 14, 1975, firmly in the midst of the Soviet occupation of Latvia.

Even though the cottage and farm peacefully carried on its existence in the southern Latvian countryside, it still labored under the pall of Soviet occupation.  In this shadow, my father used his newly (and illegally) built garage to secretly grow tulips which he would then drive to the Soviet Union and sell for extra income.  I loved to help him grow these visible symbols of hope and freedom in our garage. Through this act of defiance, it was as if the cottage had again found a way to create peace and freedom in the midst of communist oppression.  As in World War II, but now in the Cold War, the cottage stood sentinel to goodness and truth.

My father died suddenly in 1981 and Emma died in 1986.  In the wake, my mother and I were left alone in the cottage to operate the farm.  We lived on my mother’s meager State income as the village nurse. However, her gifts as a healer immediately allowed her to take on private patients at the cottage earning a bit more money. More importantly her medical talents established the cottage as a place of healing, love and spiritual peace.  To help my mother’s godly service I shared my bedroom with both the sick and dying, helping them in whatever little ways I could. As well, I remember sitting many times under the farm fruit trees in the summer twilight while my mother stitched wounds or tended to other injured limbs by the light of the fading summer day.  Again, God graced this cottage as a place of light and hope; of healing and love. To this day, my mother (now 79 years old) tends to a regular stream of the sick and dying who visit the cottage from across western Latvia for her healing and spiritual care.

In the late 1980s,  a close family friend and fellow villager committed suicide. A Lutheran pastor, notorious for his underground Christian work in our Soviet occupied country, lead his funeral.  Finding that there was no Gospel influence in our village, he invited all those who attended the funeral for Bible study and prayer at the deceased man’s house. After this outpouring of interest, the pastor later approached my mother and asked if the cottage could be used for community Christian worship.  Without hesitation my mother agreed. These gatherings were dangerous in Latvia because of the lingering Soviet presence. Yet my mother knew it was God’s will, which helped her to overcome fears of Soviet reprisals. These services began in my bedroom, however my father’s garage (where we grew tulips!) was quickly converted into a church to accommodate the fast growing parish.

Regular Christian worship services have continued uninterrupted for almost 30 years at our church.  Indeed, current Lutheran Bishop Oskars Laugalis has conducted services in the church for most this period by holding Bible studies and worship services. 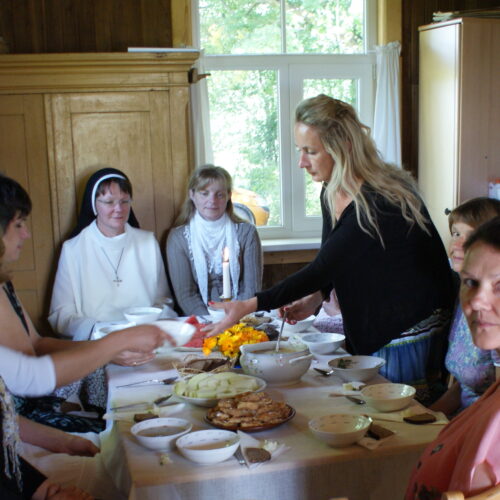 Common Meal During the Day of Prayer 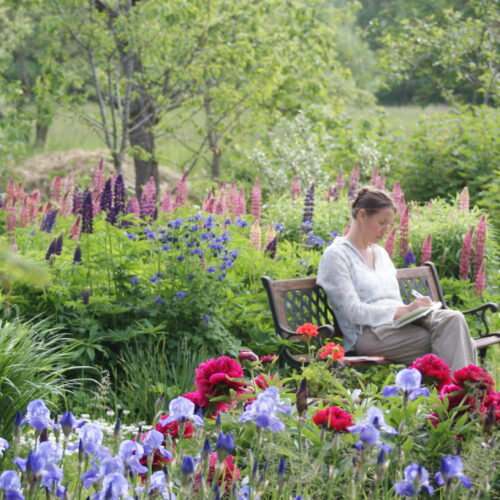 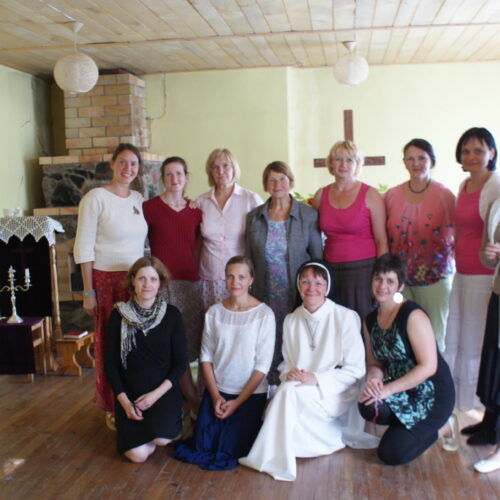 The First Ecumenical Day of Prayer in 2013 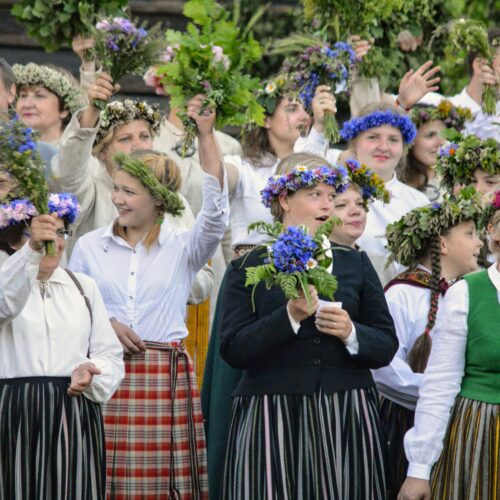 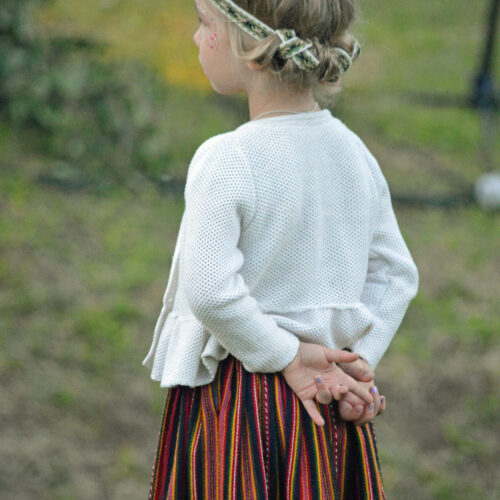 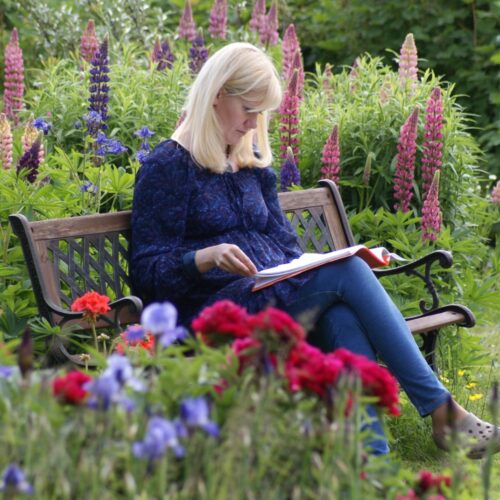 Church Garden for Meditation and Prayer 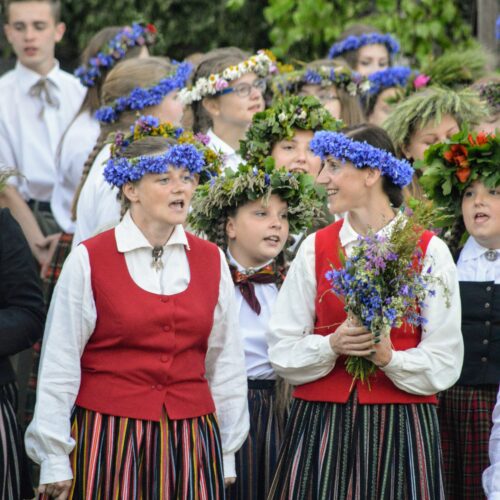 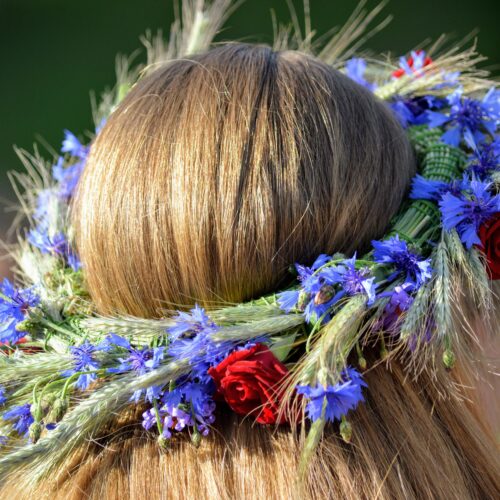 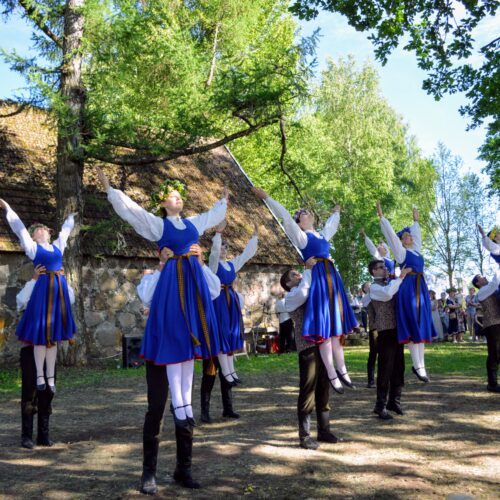 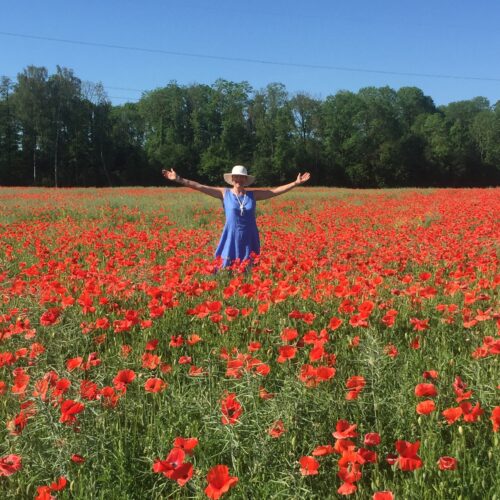 It is here on this sacred farm, a beacon of peace and healing, where I intend to carry on God’s Will by building a Christian Retreat Center.  Learn more about our ongoing Retreat Center Project.

Please read on to learn more about the current News,  Our Founders, Values and Ministries.

Support Lumen Fidei
You are invited to become a partner in God’s work by helping to build a new retreat center, where your giving will help accomplish something of deep significance and everlasting value.
Donate Today